Attempting to briefly summarize my reflections on the February 2017  journey of Team Kenya is definitely challenging. Grief over losing my son has been primarily quiet, deeply humbling, eviscerating, and at moments de-stabilizing and I know it will be life-long process, as it is a major part of who I am these days. From the moment of  Shiloh’s accidental death in November 2015  I had a desperate feeling  that his work had to continue, somehow, so that all his life’s energetic, creative, compassionate, inclusive values, and work could continue to live…his love and concern for the Maasai tribespeople and the issues they were facing as their historic culture of pastoralism was being threatened… his passion to understand the multiple pressures and changes facing the Maasai that propelled him to research through the academic world and  went beyond his quest for academic recognition.  He had become connected to the Maasai world since his first visit to Kenya as a college student on a study abroad at the School for Field Studies, situated next to the Nairobi National Wildlife Park. This is where he first met a local young Maasai peer,  Nickson Parmisa , (now a Maasai Chief), playing soccer together, and he began to learn the ways of Maasai and their love for and reliance on  their livestock, and their respect for the wildlife they had lived with for thousands of years… and it mirrored  his own love of his cows and land and  farm at home. He made the personal connections that made his research a thing of the heart.

Embarking on this academic quest to ground-truth his work, and following his research stirred my heart. Team Kenya was spearheaded by his father Johnny, a work-partner and a conservationist/rancher, and Hannah, his advisor, teacher, and good friend from OSU, with a grant funded by the Center for Collaborative Conservation, through its director Robin who had years of work in Kenya under her belt and knew Shiloh through the RVCC (Rural Voices for Conservation Coalition), They pulled together a fantastic team of people to make this journey, guided by Shiloh’s Kenyan Maasai friends Nickson Parmisa and Paul Melliara. It was an academic endeavor and my own attachment to going felt cumbersome and confused. I was not sure what my role would be or how I could manage the emotions it might evoke. But my concerns were outweighed by my own passion and curiosity. I had already made that journey to visit Shiloh once before in 2014 during one of his research stays and we were guests in the homes of Nickson and Paul and their families.  I was blessed to have had this time with him there. Shiloh was a generous host and guide, showing me all his favorite places, animals, and people. So, I knew I had to return.

This journey took me out of my private grief straight into the hearts of those who knew him there, worked with him, and were interviewed by him. The tears that flowed, the hugs and words of heart that brought strangers together, the school children reciting a beautiful poem written by one of the teachers about him and his promise to help improve their remote school, meeting dynamic, intelligent, energetic, multi-lingual people who are engaged in community/tribal efforts raised from the ground up to  find a new version of their proud culture, still embracing their historic ways of life. We covered so much territory….meeting the Governor of Kajiado County which covers much of Maasai lands in Kenya, the meeting with the Milk Dairy Co-op women in Ilbissel, a project Shiloh was immensely excited about and seeing their efforts over the last 5 years empowering and providing livelihood for women and helping families, the group ranches/conservancies rising out of the drought-ridden lands, the gifts of Shuka robes and beautiful beadwork, the many safari-truck miles of rocky roads giving us the ultimate “African Massage”…and almost touching the wildlife so prominent and regal….and Shiloh’s friends Nickson and Paul showing us their world as our guides….the dedication of those participating on the Team. I give thanks for their inspirations, abilities and insights. And the bright light of teenage girls Fiona and Phoebe, their glee and excitement at the wildlife and a brave new wild world we had entered. To Denny, Rachael, Kendra, Meredith, Julia, Hannah, Robin, Kate, Fiona, Phoebe, Brett, Johnny, thank you for the cushion of your kindness and dedication to keeping Shiloh’s work alive and evolving for the benefit of the Maasai people.   Kenya’s doors and opportunities have been opened even wider to embrace these new eyes and hearts of Team Kenya. 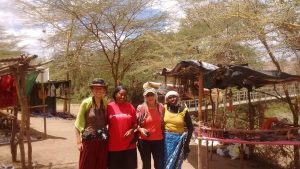 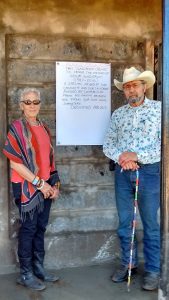 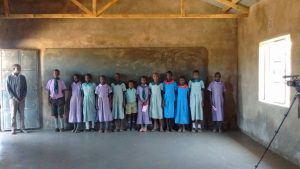