An exciting summer @ U Minh Thuong National Park in Vietnam!

I have had a very great summer in U Minh Thuong National Park (UMTNP), where I went to study an endangered bat species. This park in South Vietnam means a lot to the local people in terms of its history and high biodiversity because of its unique peatlands.

After our preparations were completed, our journey began. We started the trip flying from Hanoi to Ho Chi Minh city and went to UMTNP by bus. It was a long day. My younger brother came along with me for this trip. He was eager to join since it was the first time he has traveled across the country.

We set foot on UMTNP in the early morning. The first person we met was Mr.Thang, who is the Deputy Director of UMTNP. We have known each other since he was in a post-graduate program at the Vietnamese National University of Forestry where I was the third year student. In 2014, I visited UMTNP and we bumped into each other after many years of losing contact. He stayed and worked for UMTNP for a long time (around 15 years) so he knew all about the information on the bat species that I needed for my study.

After a firm hand shake and close hug, we sat around the table in the office’s sitting room to talk. We decided I should undertake three main activities during my time at UMTNP: (1) visit the core area of UMTNP for direct observation and photography of large flying foxes (Pteropus vampyrus), which must be preserved at UMTNP, (2) have one group discussion with the key staff members of UMTNP to determine the key priority activities of bat conservation, (3) take a survey of the key households living in the buffer zone of UMTNP, to understand how they attract, grow and protect bats at UMTNP.

The first task was carried out in the afternoon of my first day. Three experienced staff members helped us with the motor boat, a common means of transportation in the local area to enter into the core area of the UMTNP. In 2002, a wildfire occurred, giving rise to immense damage to the ecosystem within the forest and soil communities. Canals were created to regulate the water in order to prevent wildfires and encourage the forest regeneration. Today, water management still continues with specific plans according to the season.

After passing over the wide canals, we moved into the narrow ones. The birds, water and forests were amazing to me. The image of many wild species ran over my eyes. I have been to many places in Vietnam but I have never seen such beauty as in UMTNP. When we arrived to the bat observation spot, we walked on foot over the bamboo bridge to have better view of them. We encountered local ants, which bothered us so much that we couldn’t stand for a long time to take pictures of the bats. We were all ok and we caught the some great pictures.

Then we came back to the meeting room of UMTNP to discuss the priority actions to effectively conserve bats. I was responsible for moderating the topic and facilitating the discussion. I was impressed that their ideas were constructive in resolving bat conservation issues. We discussed and ranked several actions for bat conservation such enhancing the awareness of local people, improving household livelihoods, regular inventory of bat population and improving the bat’s food supply.

For a number of consecutive days, we surveyed local households in the buffer zone of UMTNP with the support of two experienced staff members. Thanks to their presence, our survey became much more simple and effective. The local people seemed friendly, open-mind and helpful. They shared many experiences and knowledge of conserving bats. We interviewed Mr. Huynh Ngoc Thanh, whose family is at Cong Su hamlet, An Minh Bac commune. He has roughly 18 years of experience taking care of bats.

According to him, Scotophilus kuhlii (another local bat species) homes need to have some strict requirements. Houses must be airy and large. The bat house is often of 7 meters long, 4 meters wide and 6 meters high. To build one bat house, it costs the local famer about $300. The roof material is made of a specific tree leaves, called “Thot lot” leaf. To keep bats at their house for a long time, the roof leaves must be clean and dry. After 3 or 4 years, these leaves become old and need to be replaced. Bats are sensitive to cold and weather. Bats could die easily in cold weather or they produce less fertilizer in hot days. The habit of bat is to go outside and forage for food two-round turns per night. The farmer’s household income depends considerably on the revenue of the Bat’s fertilizer. On average, thanks to three bat houses, the farmer earns roughly $200 per month. This is very good source of income in the rural area of Vietnam. This income source tends to decrease over time due to changes in weather, illegal catchment, a decline in available food, and encroachment of salty water.

In summary, the one-week trip came to an end and I am extremely satisfied with the results. Thanks to this trip, I am better able to understand how precious data can be and its application to the life of bats, local people, and conservation management. This might support my future in proposing fundamental strategies and root solutions for bat conservation. 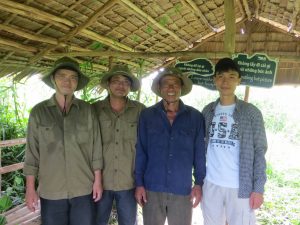 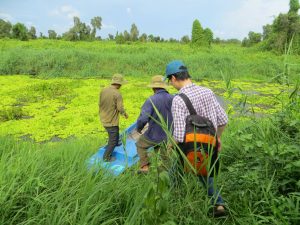 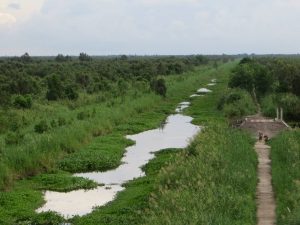 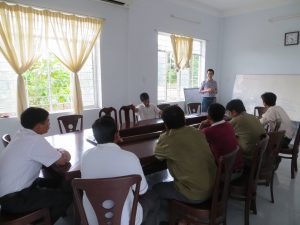 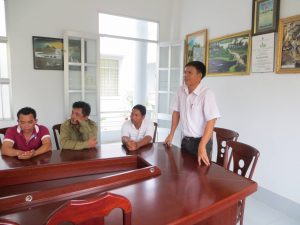 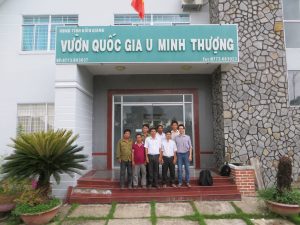 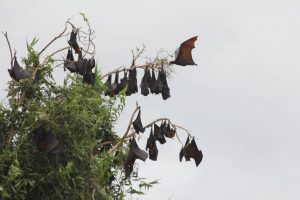 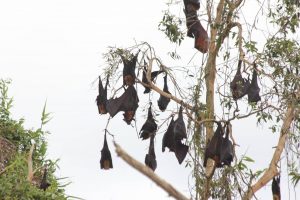 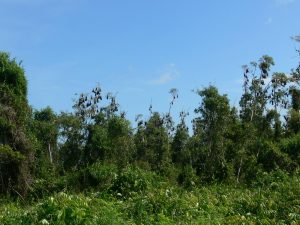 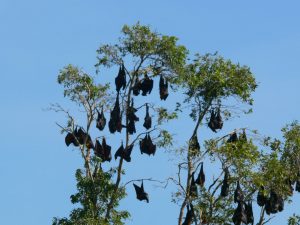 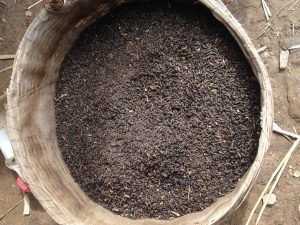 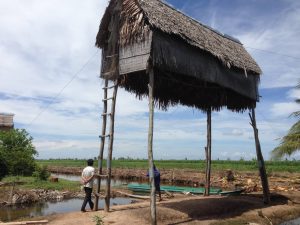