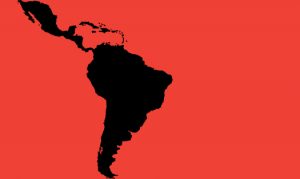 Marcela Velasco, a fellow from Cohort 2 and professor at Colorado State University, has published a paper based on her research during her time a s a fellow.  The paper is titled “Multiculturalism, Legal Pluralism and Local Government in Colombia: Indigenous Autonomy and Institutional Embeddedness in Karmata Rúa, Antioquia”

Abstract: In the 1990s, Colombia decentralised politics and passed multicultural reforms as part of wider strategies to strengthen the state. Multiculturalism produced a complex institutional environment marked by jurisdictional overlap and legal plurality. The literature on Colombia’s multiculturalism confirms that violence, indigenous rights abuses and the lack of enabling legislation on indigenous territorial entities limited ethno-political autonomy and instead enhanced the capacity of the state to transform indigenous identity and bureaucratise local decision-making practices. However, some indigenous authorities used the new institutions to take control of communal matters, changing local governments along the way. The better-known case of indigenous self-government is that of the Nasa people in Cauca, characterised by the capture of local institutions to advance ethnic rights. In my study of the Embera Chamí of Karmata Rúa (Antioquia) I argue that they represent an alternative approach centred on institutional embeddedness, or the repetition of ethnic autonomy rules by multiple layers of government.